Vibration-/rotation-screening machinery makes contract screening and filling of difficult to screen goods possible, as they would otherwise block the screen inserts. This especially applies to fatty and oily products, as well as those with a low bulk density.

By means of a wing mechanism rotating in screen half-shells, an eddy current bed is generated and a vibration superimposition of the outer screen mesh allows them to be kept free from obstructions. The vibrating screening machine from Ebbecke Verfahrenstechnik operates continuously, dust-free and quietly. The taut screen can be easily removed upwards after opening the holding device.

The Carousel Example:
When a child rides a chain carousel and the father watches him, the two observers (child and father) feel different forces. The father sees only the centripetal force, which forces the carousel seat and thus the child to follow a certain circular path. The child, on the other hand, feels the centrifugal force that is generated by the circular motion.

Fields of application at Ebbecke Verfahrenstechnik: 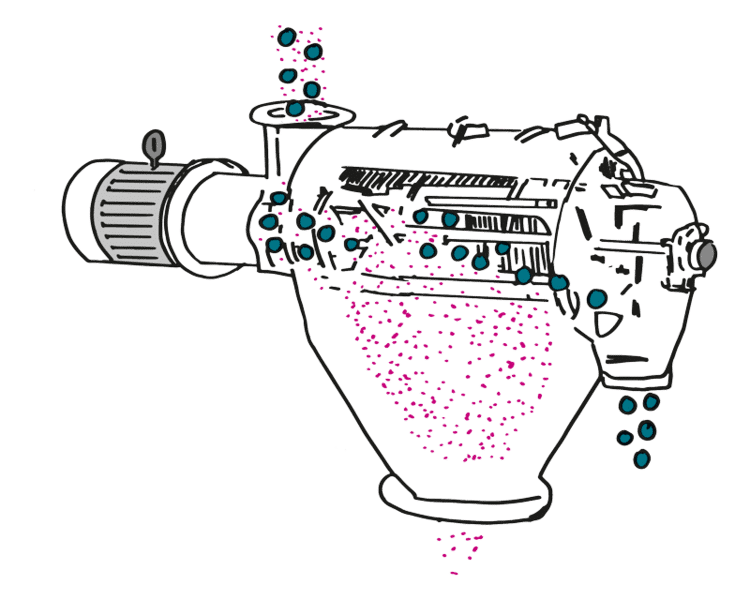