What is grain size analysis?

The term grain size describes the size of individual particles (also called grains) in a batch. The grain or particle size distribution has a significant influence on the properties of the material in many technical and scientific areas such as construction, sedimentology and soil science as well as in metallurgy. A large number of grain or particle mixtures are used there. These grain mixtures include all types of bulk goods such as sand and gravel, flour, cocoa, plastic granules and pigments. In metallurgy, the microstructures within metallic materials are also called grains.

If one assumed that grains or particles were perfect spheres, one could simply use the sphere diameter as a measure of the grain size. In practice, however, this assumption is inadequate since naturally formed or technically manufactured particles are in a wide variety of forms. The equivalent diameter is therefore used to describe their size. This means that another measurable property is determined and the measured values refer to balls of the same size (equivalent).

Other examples of equivalent diameters are hydrodynamic diameter (same falling speed in a water column as a ball) or aerodynamic diameter (same falling speed in air as a ball).
To determine the composition of a batch with regard to the particle sizes, a variety of methods can be selected, in which ultimately an equivalent diameter is always determined. The suitable method depends on the grain size range, the question or on regulations (e.g. DIN standards).

Very large particles (approximately from a size of 63 mm) are measured individually by hand or the size is determined from photos. For particles in the range of 10 µm up to the size of a button, the size can be determined by sieving. Here, a sentence is placed on top of each other with the sieves getting finer and thinner. The sample to be analyzed is filled into the top sieve and the sieve set is then clamped in a sieving machine. The machine then shakes or vibrates the sieve set for a certain period of time. If the proportion of fine grains is high, sieving is carried out with running water (wet sieving). The grain sizes determined in this way are usually given in millimeters. Mesh is often used in Anglophone countries.

In the case of very fine particles (<10 µm), methods are used in which the particles are allowed to settle in a water column (coarse particles fall faster than fine ones) and the density of the suspension is determined regularly (with the aid of an hydrometer) or the mass of the settled particles Particles determined (sediment balance). Modern methods work with the scattering of laser light on the particles, which varies depending on the particle size, or with digital image processing. In soil science, from a grain size of 0.063 mm = 63 µm (and smaller), the sludge analysis is used; in building materials science, the determination is made in a washout test. In production processes in which defined grain sizes are important for the raw materials or the product, the grain size analysis is an essential part of quality control. 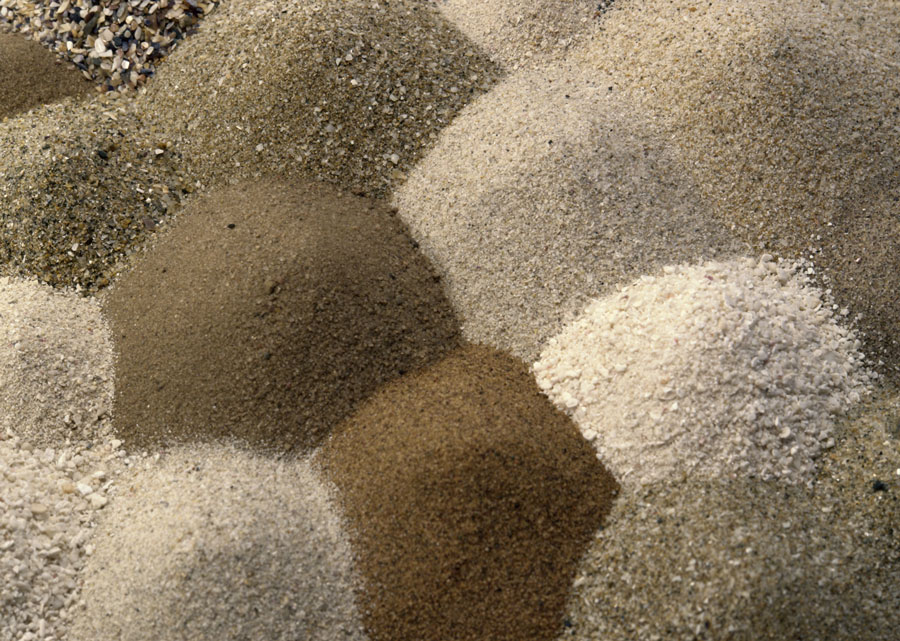 All 78
back
Precipitated silica
Scroll to top