The particle flow consists of the particles to be measured in a liquid or a gas. The medium transports the particles across the laser light. It doesn’t matter how quickly that happens. At this point in the device, the laser light is a flat wave, it consists of similar light waves that go in the same direction. It is formed by a broadened laser beam. This happens with lenses, sometimes also with optical fibers. Under certain circumstances, light sources of the same or different wavelengths are used, which also increases the measuring range. The radiation is reflected from the particles, diffracted or passes unhindered. There is another lens or actually a lens system behind the particle stream. It is also summarized as a Fourier lens due to its property in mathematical models. The light that reaches this lens is measured at the optoelectronic sensor, which is mounted in its focal length, and evaluated electronically. The laser light running in parallel is again focused to a point and does not disturb the rest of the measurement. The resulting image on the sensor screen is round and point-symmetrical. Accordingly, the sensor is also round, and it is sufficient if it is semicircular.

The laser diffraction system is fundamentally based on Fraunhofer diffraction; on closer inspection, the Mie theory is also used. According to the former, the diffraction pattern of a spherical particle is related to the particle size. Specifically, the density of the diffraction rings increases the larger the particle. If the particles are not spherical, patterns are created that are no longer symmetrical like rings, but nevertheless point symmetrical. The position of rotation depends on the position of the particle. However, if a large number of particles are used and the sum of the different light intensities of the respective semicircular rings on the sensor is formed, the average size (a sphere of equal volume) can be concluded regardless of the particle position.
Fraunhofer diffraction is used in particle size measurement down to the micrometer range. It describes the part of the light deflection that occurs exclusively through diffraction. If light falls on an obstacle, e.g. B. a particle, it comes u. a. for diffraction. For sufficiently large particles, light deflection is dominated by diffraction. A major advantage of Fraunhofer theory is that no knowledge of the optical properties of the material under investigation is necessary. Mie theory is used to determine the size of particles whose diameters are not significantly above the wavelength of the light used. It is based on the measurement of the scattering of electromagnetic waves on spherical particles. In Mie theory, the refractive and absorption index of the sample material must be known. The lower limit of the size range that can be determined using Mie theory is around 10 nm. 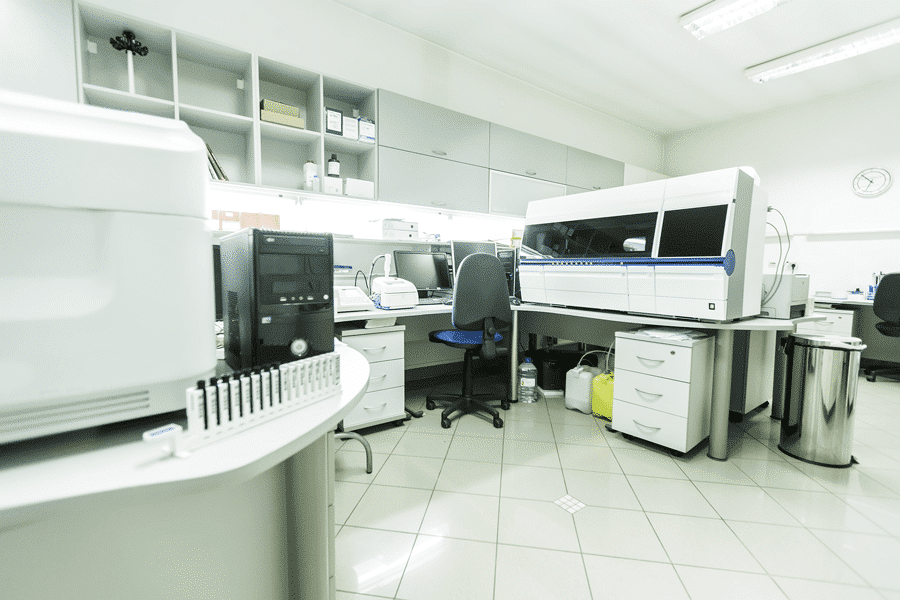 Particle size measurement by laser in the Ebbecke laboratory

All 79
back
CompactingSedimentation
Scroll to top